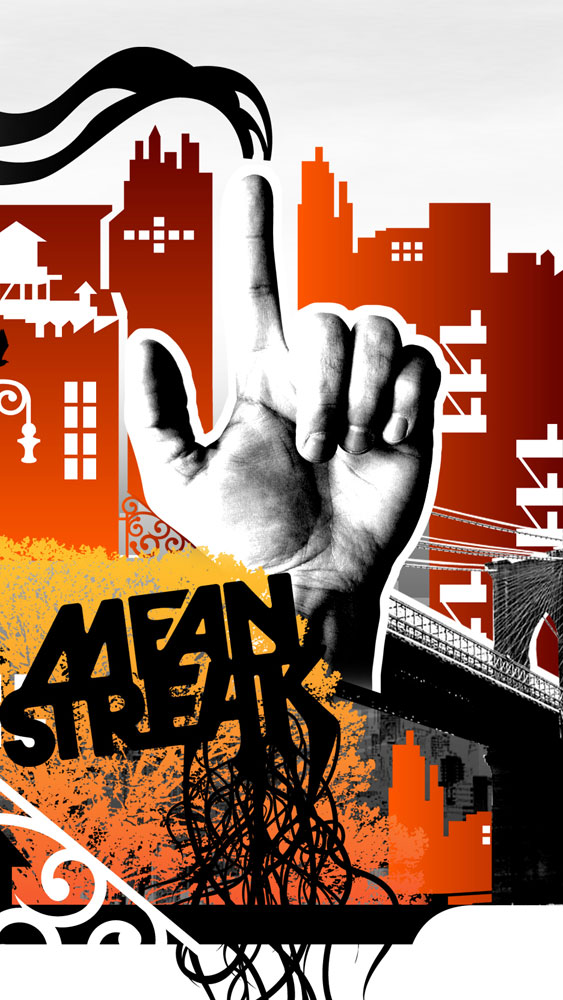 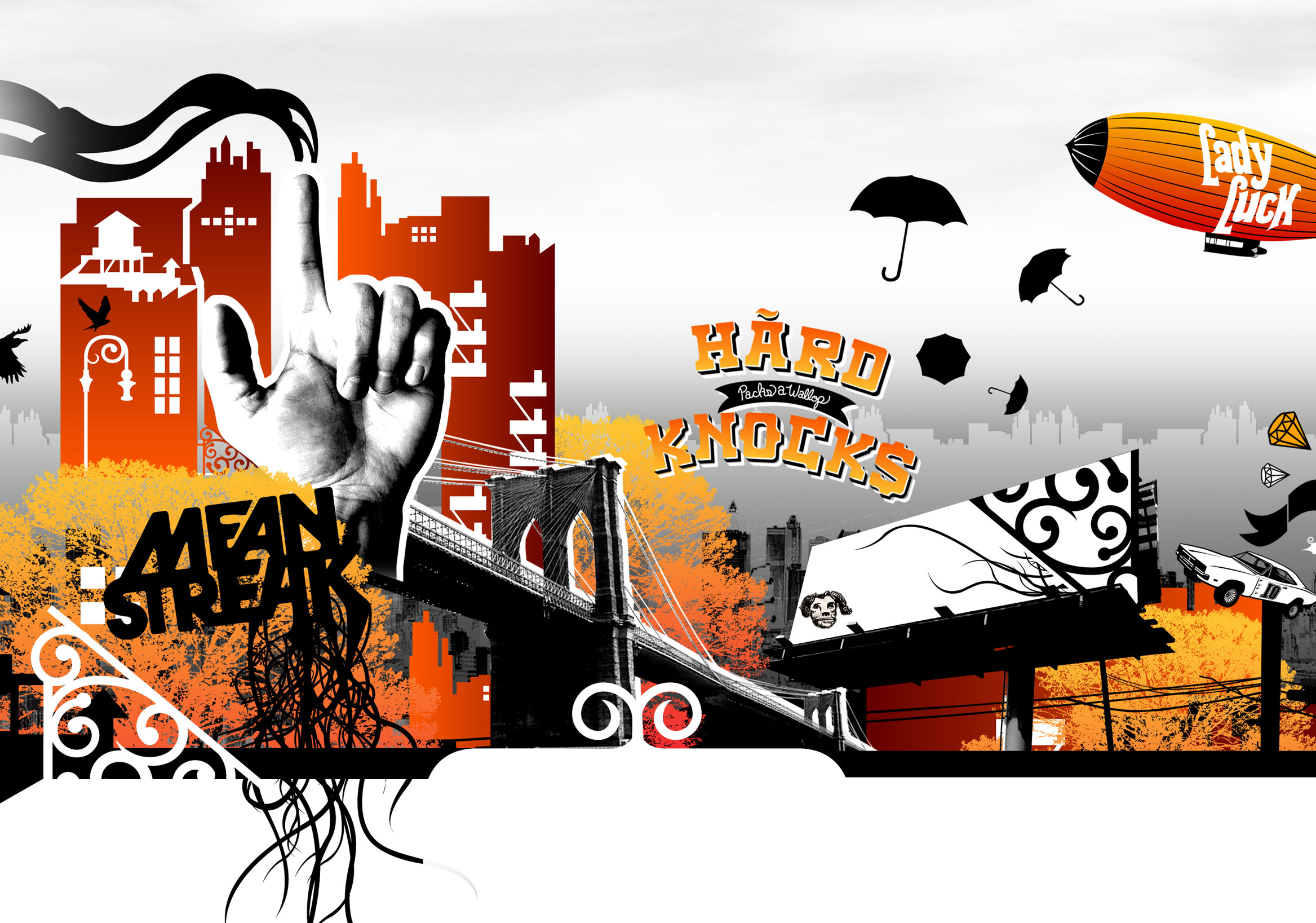 Mean Streak takes its name from the 1973 movie Mean Streets and lifts the gun finger and typography from the movie poster. By 2006 I had been living in Brooklyn for 10 years and I wanted to do a piece that celebrated my take on the city. For this season I moved away from the exclusively vector approach from previous seasons and wanted to start adding more complexity and depth to the work. Conceptually this is a toolkit of parts that create a complete tableau of the city itself. I ended up making a small run of t-shirts for this season and I believe I gave most of them away. The motion piece uses music by The Fakers which was a band in the neighborhood at the time. 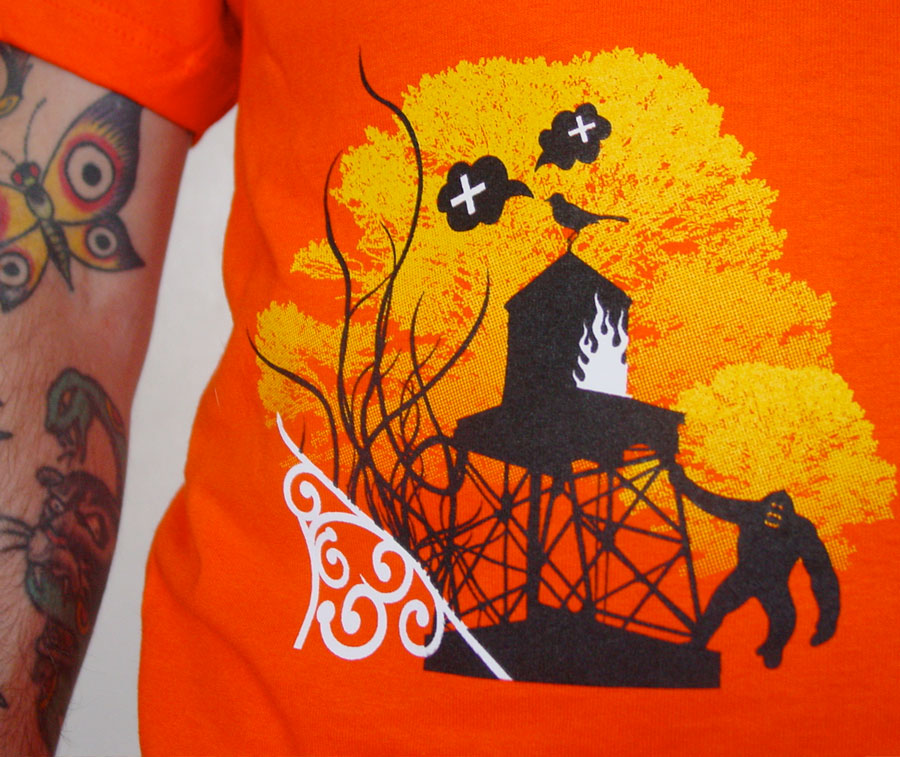 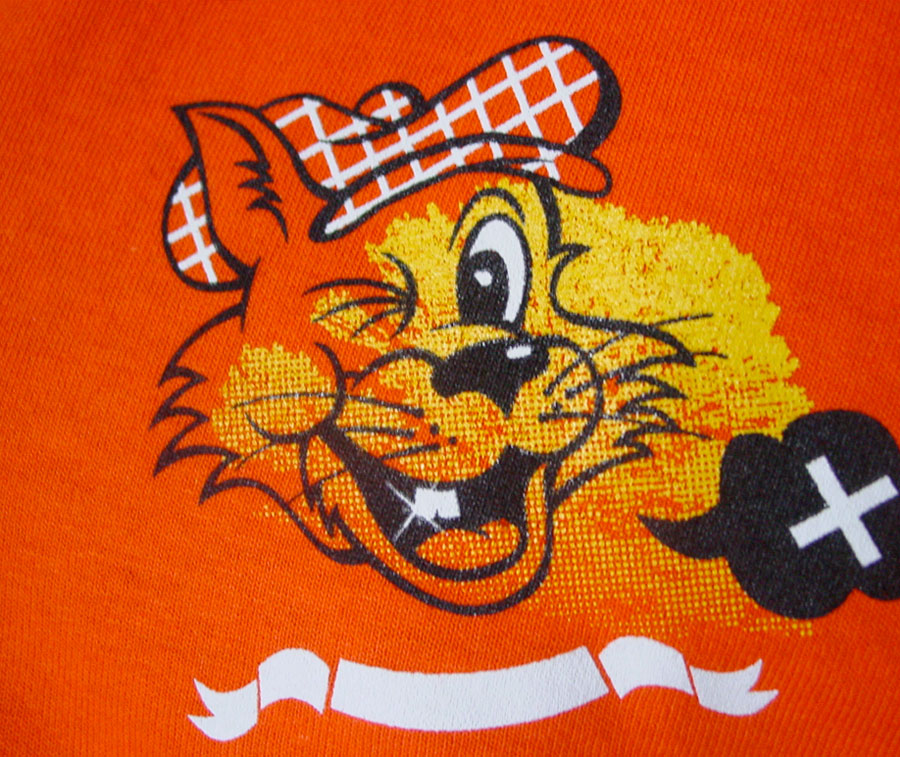