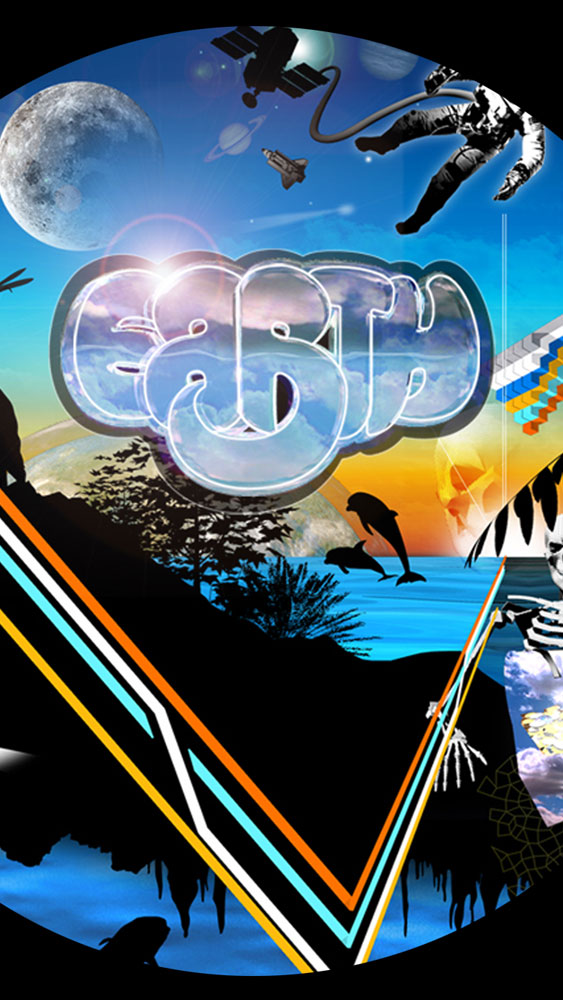 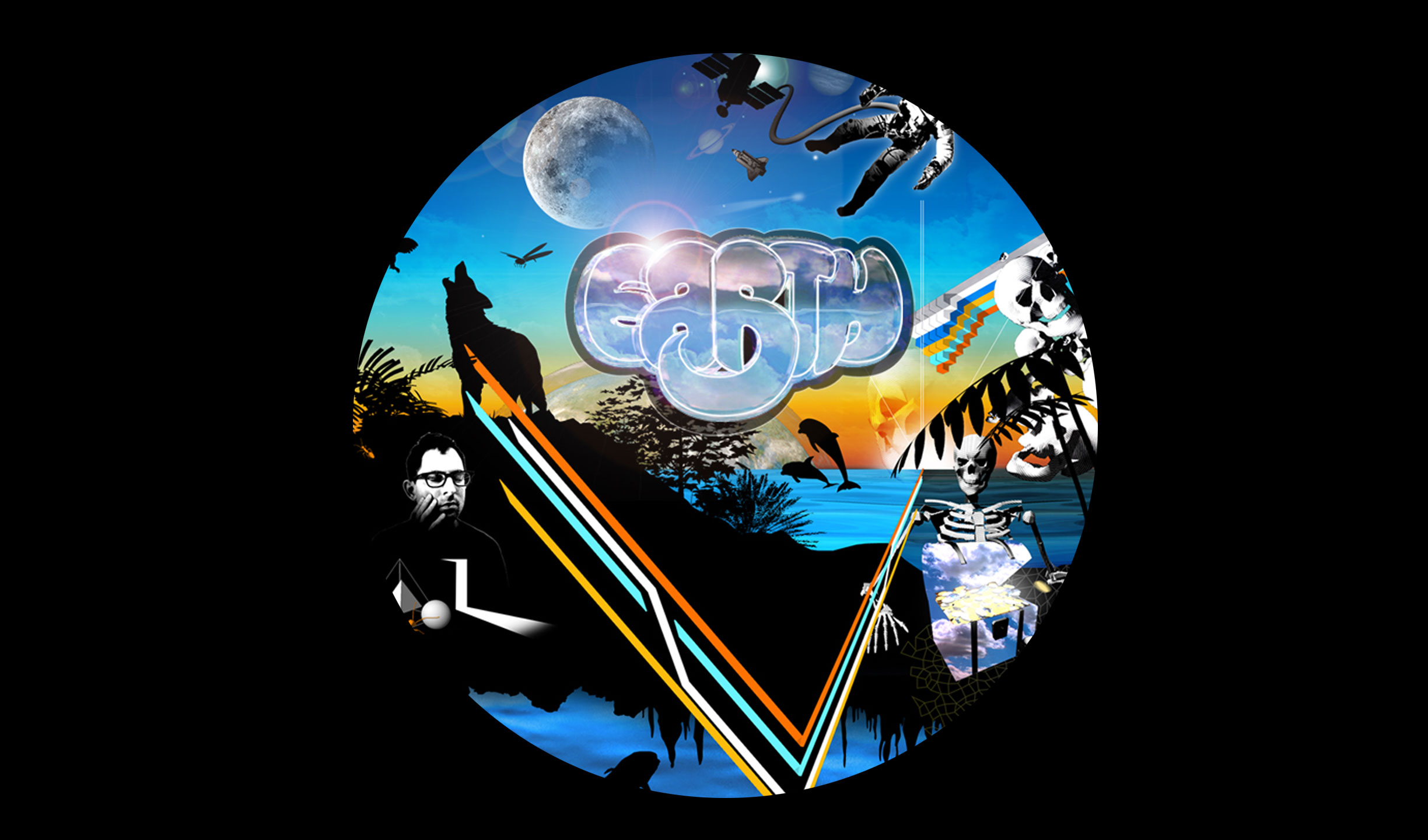 Spaceship Earth takes its inspiration from Prog Rock records from the 1970's specifically the bands Asia and Yes. The earth logo is heavily inspired by the Yes logo. My wife's twin sister Heather is the main character that sets up the story as she opens up a gatefold record and the world she imagines from the soundtrack comes to life. I had my friend Patrick Heilman do custom music for the piece which is very Yes inspired. I ended up doing a few t-shirts of the logo. The 3D Dolphins were fun to make. I got a free 3D dolphin model, broke it in half so they could 'swim' and mapped real dolphin texture on the model. 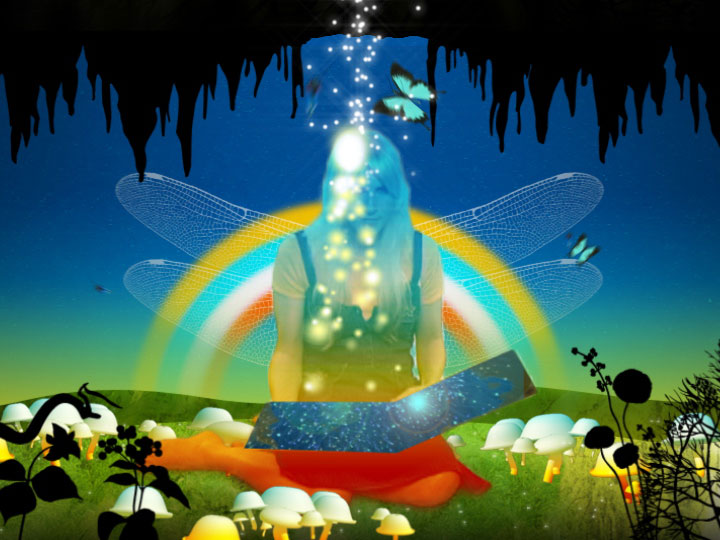 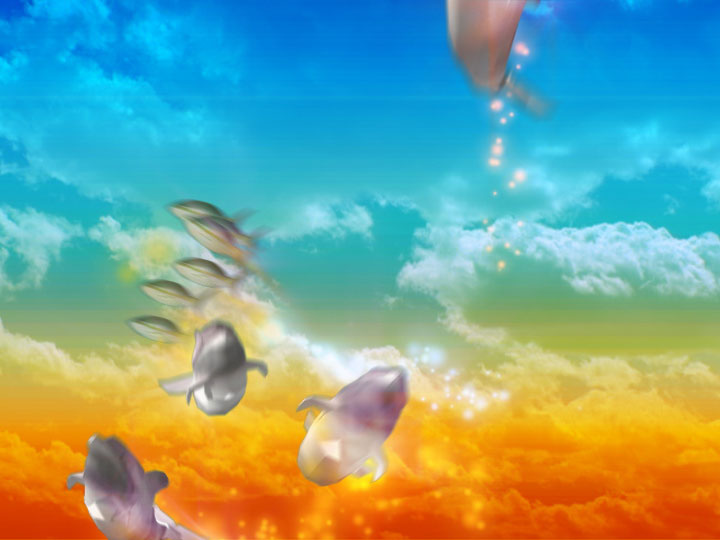 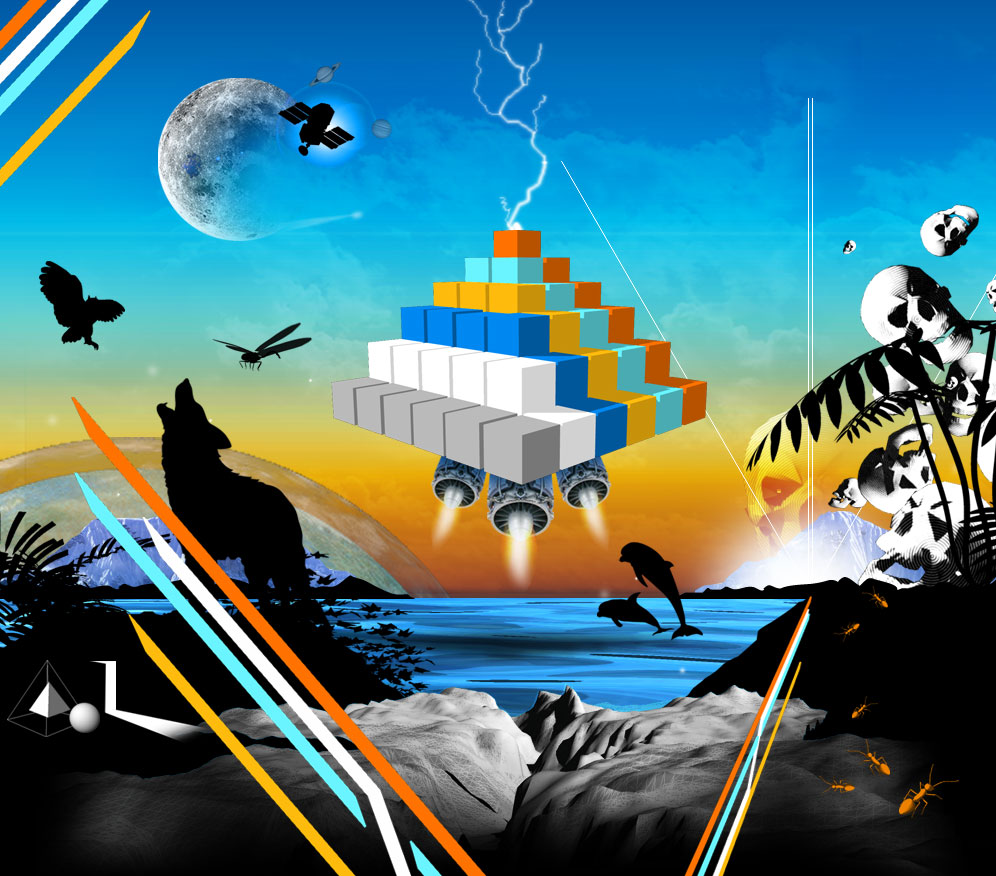 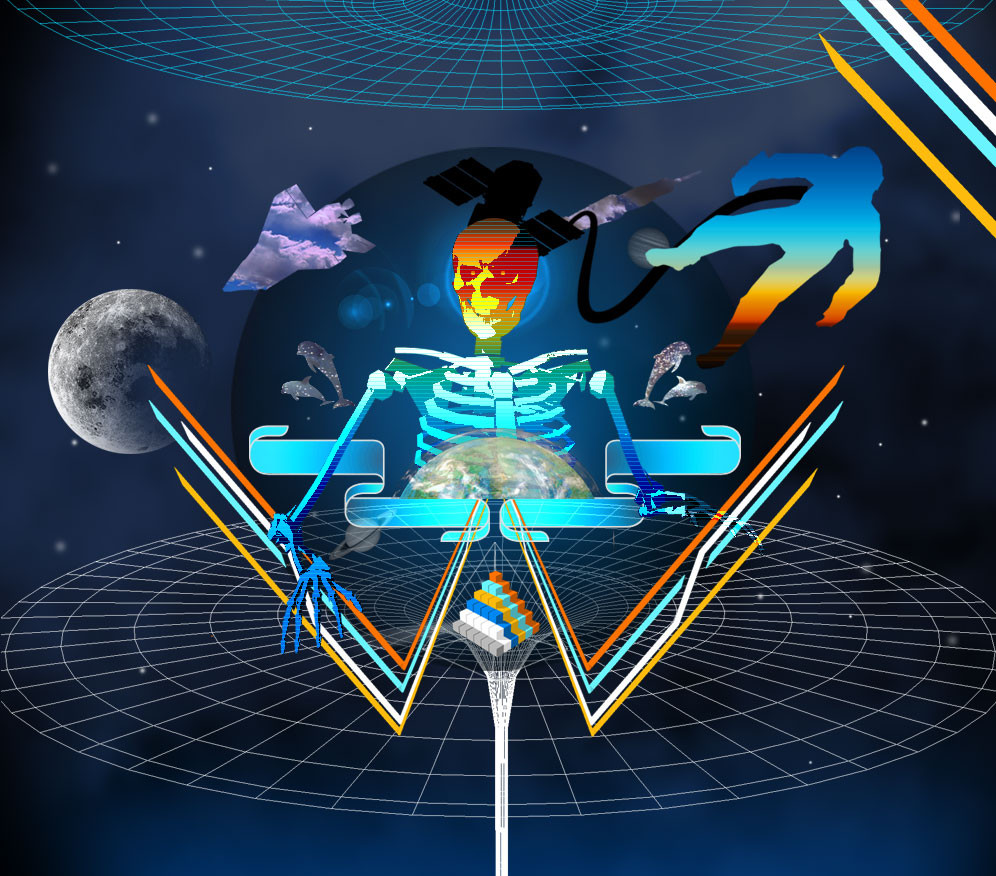