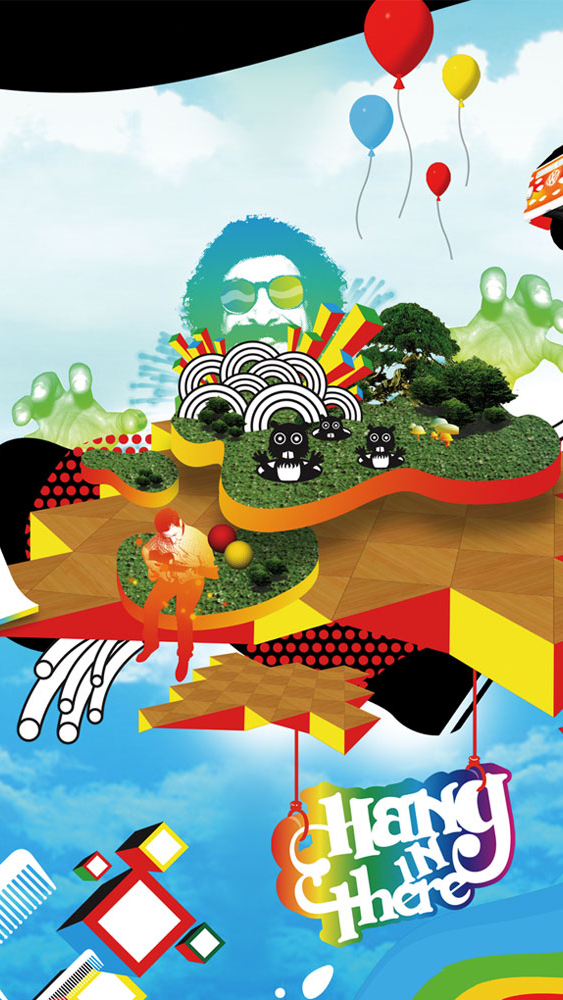 Suspension is about visual overload. I wanted to throw as much of my skill set at this season as possible. By this time, 2008, I was feeling the limitations of Flash and felt that compositing in After Effects was more rewarding. I had not given up on Flash entirely and began to view it as one of several tools. I really enjoyed building the motion piece for this season and also created a sicker sheet out of the small modular compositions. For the 3D, I really embraced flat rendering which allowed me to composite more quickly and give things more movement and depth. In Suspension, I made an effort to embrace complexity and visual excess while retaining a blend of goofiness and fun optimism. I still enjoy looking as this season and still ask myself "what was I thinking?" I had my friend Patrick Heilman do custom music for the piece as well which really amplifies that humor. 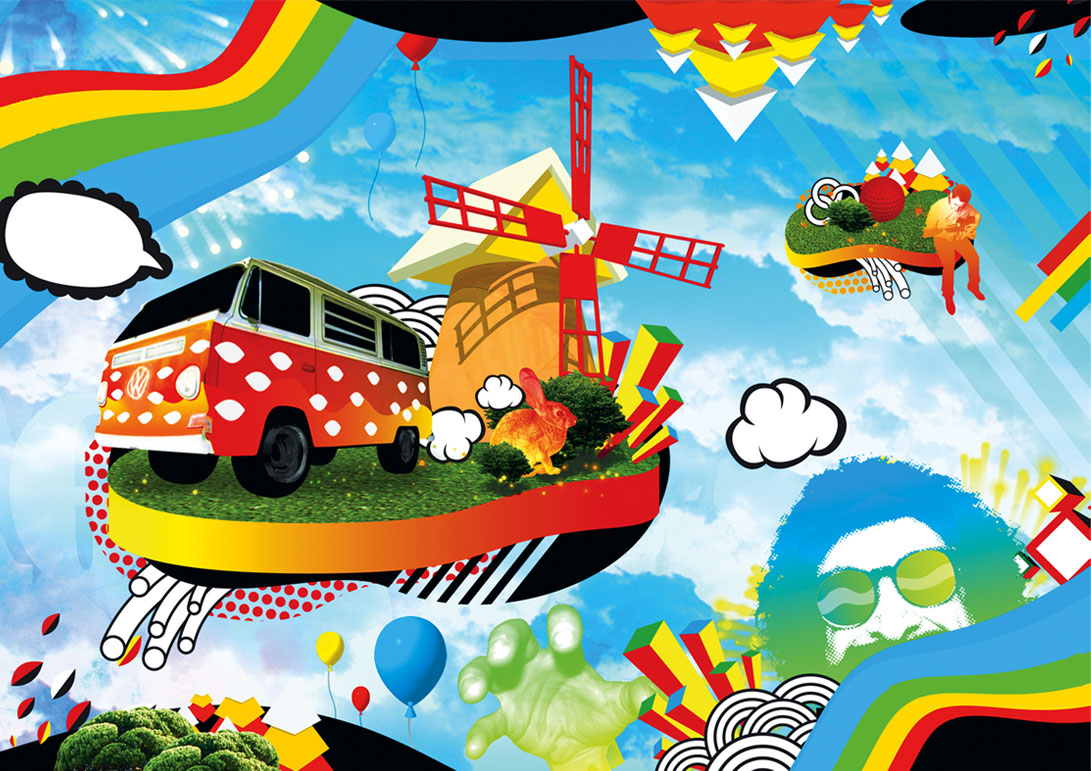 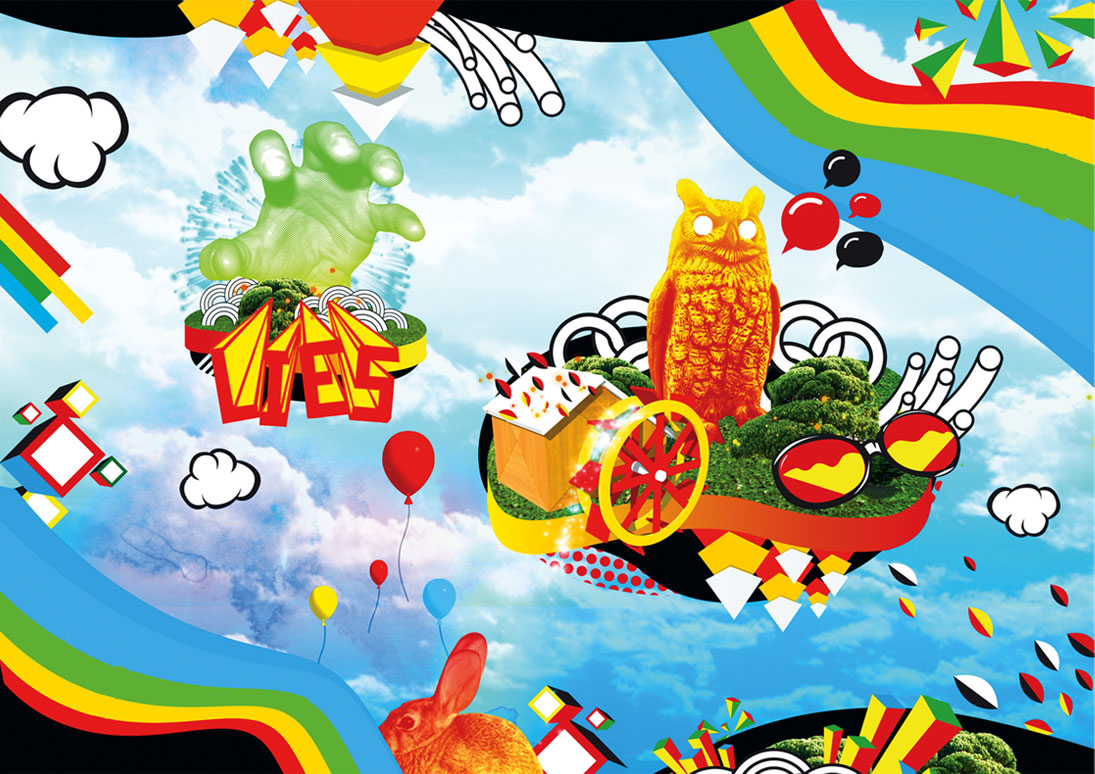 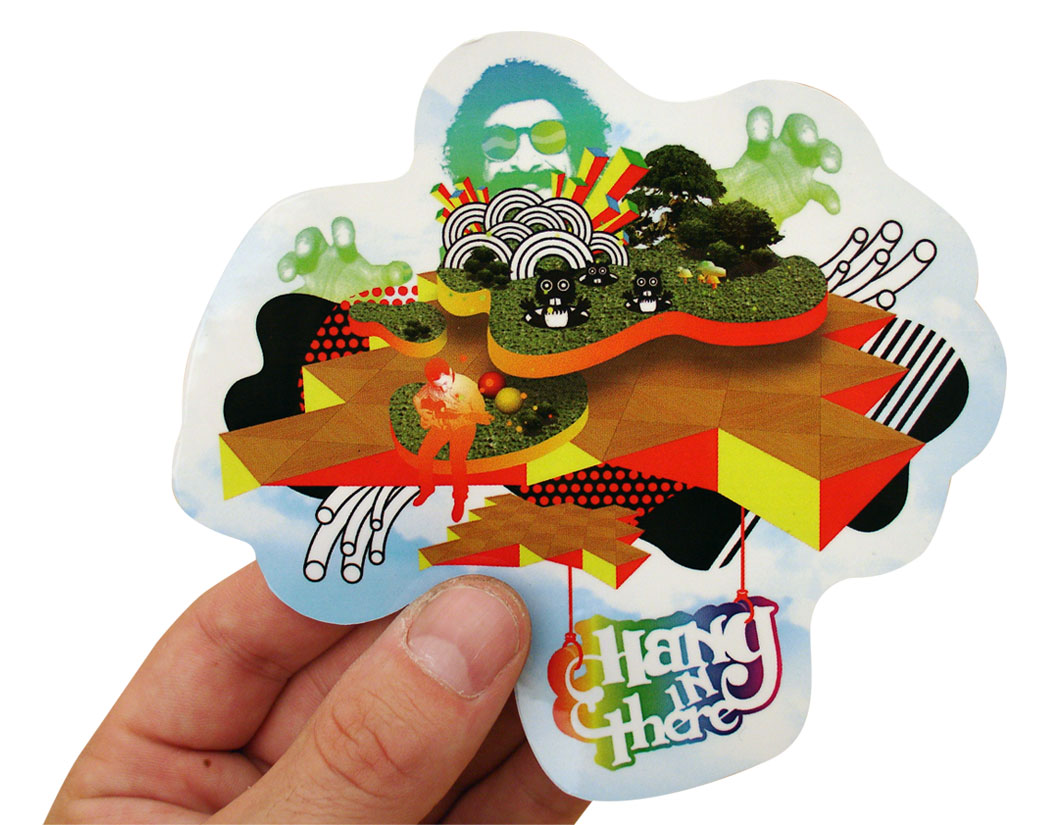